12 myths about homelessness in America 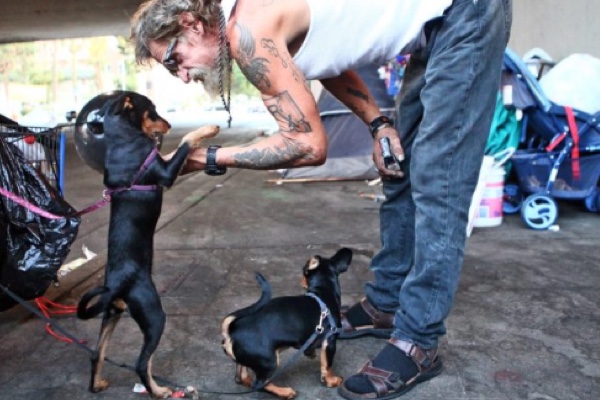 The realities of homelessness upend many common assumptions about its causes—and potential solutions—an expert argues.

On a single night in January 2018, the US Department of Housing and Urban Development collected nationwide data to determine there are now about 553,000 homeless people across the country—or nearly the same number as the entire the population of Albuquerque, New Mexico.

While that is an improvement on the estimated 647,000 homeless Americans in 2007, it also reflects a lingering inability to solve a four-decade-old national crisis.

What exactly caused the American homeless rate to reach and sustain such heights? Some have cited the shutting of mental hospitals in the 1970s. Others have pointed to the lack of safety nets for military veterans with post-traumatic stress disorder.

Still others have called out urban housing prices and cuts in government subsidies for affordable housing. Blaming the homeless, too, is not uncommon—bad choices, substance abuse, or a preference for life on the street are all popular explanations.

Two-thirds of all homeless are single adults, while families and unaccompanied youths make up the rest. Most “self-resolve,” or exit homelessness within a few days or weeks—in fact, only about 16% are chronically homeless. And while there are 190,000 visible homeless people each night on the street in the United States, many more live in shelters or are otherwise hidden from public view—sleeping in cars, for example.

Most often, people who are most visible, and how the media portray them, drive popular perceptions of why people are homeless.

While well-intended, New York City policies to stem street homelessness can increase rather than reduce alienation because they rarely take into account a homeless person’s individual needs—such as pet ownership, health issues, or difficulties obtaining identification documents, among other, says Deborah K. Padgett, professor at the Silver School of Social Work at New York University and co-principal author of recent study in Evaluation and Program Planning.

Much of Padgett’s work has explored the long-term cost benefit and effectiveness of providing housing and support to homeless individuals up front, without first requiring treatment compliance and drug and alcohol abstinence. This increasingly used approach, known as “Housing First,” originated in New York.

Here Padgett debunks some of the most common homelessness myths:

1. Most are mentally ill

Decades of epidemiological research reveals that one-third, at most, have a serious mental illness. Many initially believed de-institutionalization or closure of mental hospitals a prime cause of homelessness, but this occurred well before the sharp increase in the 1980s.

2. The majority abuse drugs and alcohol

Experts believe only about 20% to 40% of people who are homeless have a substance abuse issue. In fact, abuse is rarely the sole cause of homelessness and more often is a response to it because living on the street puts the person in frequent contact with users and dealers.

Homeless people are far more likely to be the victims of violence than the perpetrators. Of course, some homeless individuals may commit acts of violence beyond self-defense but such acts rarely affect the non-homeless individuals they encounter. To put it another way, any violence by homeless persons is either self-defense or due to the rare violent perpetrator who preys on other homeless people. Non-homeless need to understand this.

Homeless persons are more likely to have criminal justice intervention. However, this is primarily because many of their daily survival activities are criminalized—meaning they might be given a summons or arrested for minor offenses such as trespassing, littering, or loitering.

5. ‘Bad choices’ led to their homelessness

Everyone makes mistakes, but the descent into homelessness is not necessarily the direct result of “choices.” Far more often a sudden illness or an accident, losing a job, or falling into debt leads to eviction—or doubling up with family or friends becomes untenable.

6. They prefer the freedom of life on the street

There is no evidence to support this notion that homeless persons are “service resistant.” Since “Housing First” began in New York City in 1992 at the nonprofit Pathways to Housing, Inc., it became clear that most homeless people welcome and accept the offer of immediate access to independent housing with support services. People on the street often reject the option of crowded, unsafe shelters—not housing in general.

7. They spend all their money on drugs and alcohol

Interviews with street homeless persons show that most of their money goes to buying food and amenities such as socks, hygiene products, and bottled water. Although some do spend money on alcohol or drugs, the same can be said of anyone.

8. They just need to get a job

A significant portion of homeless people do have jobs—they just cannot afford to pay rent. Some receive disability income due to physical or mental problems but still cannot afford rent. For those wanting to work—a common refrain among those interviewed by my research team—the complications of applying for a job with no address, no clean clothes, no place to shower, and the stigma of being homeless (or having a criminal record), make such individuals far less competitive in the low-wage job market.

9. The homeless are not part of “our community”

Surveys have shown 70% to 80% of homeless persons are from the local area or lived there for a year or longer before becoming unhoused.

10. They live in unsanitary conditions because they don’t care

Living outdoors means having no regular place for bodily functions, to dispose of trash, to store food safely, or to bathe. A homeless person who “cares” has few alternatives. Our research shows that lacking access to a shower is one of the more humiliating aspects of being homeless.

11. The legal “right to shelter” is the best way to end homelessness

Currently, shelter construction and maintenance absorb the vast majority of the $3 billion spent yearly by the City of New York to address homelessness. Meanwhile, building affordable housing—the purview of state and local authorities that is left up to private developers—has not kept pace. Thus the “right to shelter” can, in practice, displace “the right to housing.”

12. In coastal cities with low rental-housing vacancy rates, it is impossible to find enough housing for homeless individuals and families

New York City has a vacancy rate of 3.6%. Of an estimated 2.2 million rental units in the city, this means 79,000 are vacant. This number is greater than the approximately 61,000 people labeled “homeless” in the city. It means that the argument that “we simply do not have enough existing housing” should be examined more closely.

The post 12 myths about homelessness in America appeared first on Futurity.

Source: 12 myths about homelessness in America