An American physician in Sweden. Here’s what he thought about its health care. 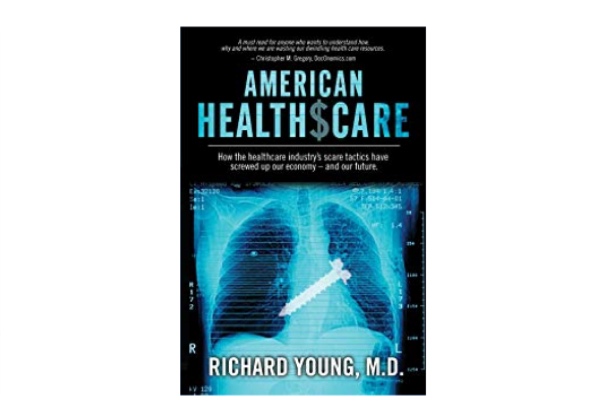 I had the distinct pleasure working with family physician colleagues in Sweden recently. It was a similar experience to a trip I made to Britain about five years ago that I also wrote about. I got to spend some time watching one of my colleagues care for her patients in her surgery (they use the same description of a clinic as the British).

I got to spend some time watching one of my colleagues care for her patients in her surgery (they use the same description of a clinic as the British).

The infrastructure was very similar to what I saw in Britain. It was a spacious office that included a physical therapist, a counselor, and at least one chronic disease nurse. They also had a fitness center at the end of the building.

The waiting room is small, because patients don’t spend much time there. The family physicians’ offices large, much larger than the typical American office. It includes a desk and two chairs, and examination table, and other equipment such as a spirometer. The doctor stays in the same room all day and does not bounce from room to room.

There were no in MAs, no screenings, no PHQ-9 questionnaires, and often no vital signs were taken other than blood pressure in patients with pre-existing hypertension. They need fewer employees per physician. All of the patients I saw her care for were in their 80s who were there for their annual review. The interviews were in Swedish, but another Swedish physician was with me, and he was able to type out what they were saying on an iPad.

Just like in Britain, their EMR is so much easier to use than American EMRs, because they are not loaded down with all the American baggage. There are almost no buttons to click, no pop-ups, and no bill’s to fill out. After each visit, the family physician spent 30 to 60 seconds dictating a note, and that was it for her documentation. A secretary in her office typed out the note that was much shorter than an American Medicare-mandated bullet counting note bloat monstrosity. The purpose of the note was to serve as a brief reminder to the physician of what she did in the visit. That was it. The EMR included e-connections to the pharmacy. To the degree the doctor looked at the computer instead of the patient, it was almost entirely to click the prescription refill buttons after the doctor and patient it talked about the related conditions.

For further evidence that more prevention will not decrease health care costs, I found that this physician was more comfortable with higher blood pressures in her patients than American guidelines would tolerate. The other physician I was with confirmed that this is common practice. They are worried that falls will increase if the pressure gets too low. Also, there is essentially no primary prevention of cholesterol disease with statins and Sweden. The doctors said that if a patient had a really high family history of coronary disease or strokes and asked to be on a statin, they would probably prescribe it, but in general, statins are not prescribed until after someone has a heart attack, a coronary artery procedure, or a stroke.

When I talked to Swedes who were not in the health care system, they were generally very happy with their national system. There were some complaints about long waiting times for elective surgeries and a national shortage of nursing home beds. Others questioned if they were getting full value for their investment in taxes. I met several people who had spent some time in America, and they were the most vehement about how well the Swedish system cares for his people, in contrast to some horror stories they told about relatives back in the U.S.

There are many similarities in how Sweden and Britain finance their health care systems. One difference is that Sweden has a relatively small percentage of its doctors who are family physicians, which they are trying to increase. Britain has a looming shortage, but there are still many more there than in Sweden.

The biggest difference for me between the systems is that in Britain, the NHS is a national religion. It’s always in the news, and the general public thinks about it a lot. In Sweden, as another example of how prevention does not explain lower national health care costs, they only provide colonoscopy for cancer screening in Stockholm and Gothenburg. They want to expand the service to other regions, but it won’t happen soon. I saw no angst or protests about this fact.

I found the Swedish people to have a more passive acceptance than the British that the national health care system will take care of them. Someone in Stockholm is making rationing decisions, but I saw no evidence that those decisions are anywhere as public and transparent as they are in Britain. Both countries make difficult decisions to live within their means, but the Swedes just choose not to worry about it. That’s not a criticism by any means, just an observation of how they choose to spend their emotional energies. Instead of worrying about national or regional health care policy decisions, they prefer to spend their energy planning their next Fika (coffee break).

If only I liked coffee.

Richard Young is a family physician who blogs at American Health Scare.

Source: An American physician in Sweden. Here’s what he thought about its health care.