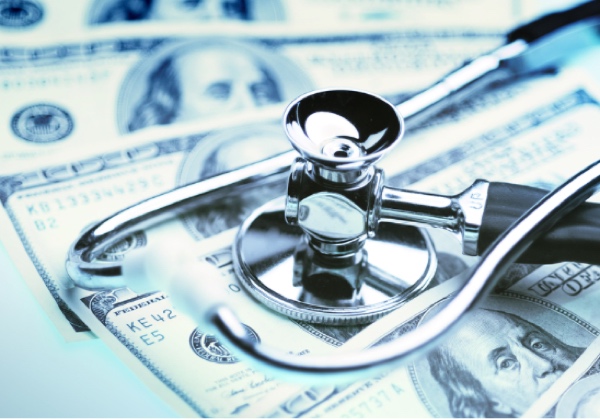 Healthcare system costs continue to be in the centre of political debate, despite some irreconcilable differences over the Obama-era Affordable Care Act. The last news from the Capitol seemed to leave some hope for the near future, concerning at least some healthcare system related issues. Lawmakers in both chambers of Congress are working towards reaching a bipartisan agreement on lowering costs for people who are already insured.

According to CNN and the Associated Press, there has been shown a willingness to work together on a few health care issues that directly affect Americans.
After the Fourth of July recess, the Senate and House are making efforts to elaborate legislation that should put an end to surprise medical bills, restrain high drug prices, and set limits to prescription copays for people insured in Medicare.

A sign that things are going in the desired direction is the fact that the House recently voted in favor of making generic drugs more available for people, after bipartisan efforts in recent weeks concerning surprise billing and drug prices.

In a statement, the group of Senators said the draft bill was intended to jumpstart discussions in Congress about how to best stop the use of balanced billing to charge patients for emergency treatment or treatment provided by an out-of-network provider at an in-network facility.

Meanwhile, overbilling patients has not been without consequences for some companies. uBiome, for instance, suspended clinical operations în May, following an FBI investigation regarding their billing practices, following complaints from customers who allegedly have been billed multiple times for tests.

Where are we now with the new legislation?

More than three months later, we might be getting closer to a satisfactory form of the needed legislation. The Alexander-Murray discussion draft on surprise billing has elements of legislation presented to the House and Senate last week. The idea is basically one representatives have been working on for a while now, ensuring that patients who need out-of-network emergency care would only be responsible for their in-network costs. Even more important, any patient needing follow up services and further treatment would have to be informed beforehand if any of the medical care providers are not part of their insurance plan. Patients would then be able to make informed decisions about their care, and not be taken by surprise when the final bill is issued.

The draft legislation includes more options for paying the difference between what the patient pays, and what the provider bills. The provider will be paid the median in-network rate for the services rendered, and the insurer and provider can even have recourse to arbitration in case of need. The law would also impose a 30-day rule requirement for providers to send the bills, otherwise patients would not be required to pay them. Insurers would be obliged to keep their directories of in-network providers up-to-date.

The bipartisan legislation draft tackles the problem of overpriced generic drugs, by introducing “biosimilars”, less expensive versions of complex and high-priced biologic medications. The idea is to give people access to complete information concerning the whole range of drugs and their respective prices, impeding the ability of providers and insurers to make agreements such as banning gag clauses, to hide cost and quality information. Insurers and providers would be obliged to supply an estimated out-of-pocket cost for certain services, so patients can make truly educated decisions about the care they want or can afford to receive and pay for.

Medicare for All, a question of “whether” or “when”?

The legislation draft was presented only a day after the House Budget Committee hearing on establishing a single, government-run health insurance system in the US, such as Medicare for All.

Last month, experts from the Congressional Budget Office released a report, at the lawmakers’ request, about what Congress would be forced to take into account when elaborating a viable plan for Medicare for All: how it would be financed,how much patients would have to contribute out-of-pocket and the ratio at which providers would be reimbursed. The estimated costs for a 10 year period are of $32 trillion, a number which prompted insurers, doctors, hospitals and pharma industry representatives to strongly oppose any legislation.

Lawmakers at the hearing tried to strike political points during the debate. Republicans declared the system to be costly, and were against limiting choice for Americans, in a healthcare plan which would lengthen the waits for care. On the other side, Democrats reiterated the need to offer access to healthcare to the estimated 30 million people who are now uninsured, and focused on the ability for a government-run plan to lower administrative costs and be able to conclude better deals with providers.

House Democratic leaders have not yet embraced Medicare for All, but Budget Committee Chairman John Yarmuth, a Kentucky Democrat, feels things are going along in the right direction. “It is incumbent upon us to begin to work through the opportunities and tradeoffs involved in a single-payer system, as well as other ways to achieve universal coverage, many of which have been proposed by members of this committee,” he said. “I strongly believe it’s not a matter of if we will have universal coverage, but when. The CBO report and this hearing are designed to advance that timeline.”

Yarmuth’s optimism might be based on solid grounds. Partisan disagreements about Medicare for All could make things difficult; both parties want a good outcome in the 2020 elections. Lawmakers are afraid of the voters’ verdict next year if they cannot cut drug prices, as promised. Since President Donald Trump himself promised results which have not yet become true, he also is now politically exposed. July 7th, he promised an executive order that would allow the U.S. government to pay lower prices for prescription drugs thus making sure, according to him, that the U.S. would not pay more than the lowest price charged to other nations or companies.

While different parts of proposed legislation are currently in a half-dozen committees, both in the Senate and the House, all at various stages, the power to decide what will pass seems to lay with the Senate, since Republicans and Democrats have to work together to avoid gridlock on the Senate floor that could sidetrack passing any legislation.

It remains to be seen, however, whether the solution politicians choose will be revolutionary, or more on the cautious side. “The public demand for action is high on both sides of the aisle and I’m sure these guys are feeling it,” said John Rother of the National Coalition on Health Care, an umbrella group that represents a cross section of business and consumer organizations. “They have to do something, and the question is, is that something is going to be meaningful, or is it going to be window-dressing?”