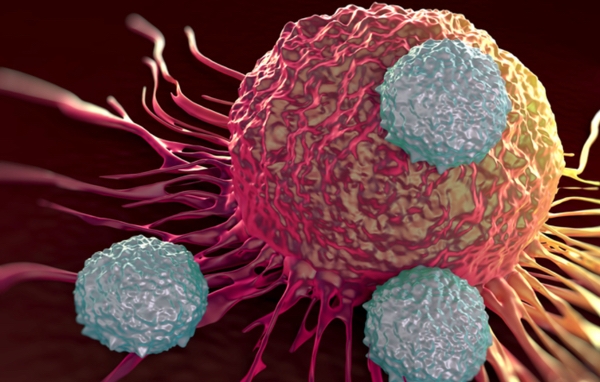 A large biotech company is pouring tens of millions of dollars into a German firm under a partnership to develop cell therapies in oncology.

Immatics Biotechnologies, based near Munich, said Wednesday that it had entered the partnership with Summit, New Jersey-based Celgene to develop T-cell receptor therapies, or TCRs, a type of cell therapy that differs in terms of structure and function from the more familiar CAR-Ts.

The deal includes a $75 million investment in the company by Celgene. Immatics would develop TCRs against solid tumor cancers using its in-house technology. It would be responsible for their development and validation through the lead candidate stage, at which point Celgene would have opt-in rights and assume responsibility for their global development, manufacturing and commercialization.

Both CAR-Ts and TCRs consist of T cells engineered to target proteins in cancer cells and are known in the field as adoptive T-cell therapies. However, whereas CAR-Ts recognize proteins on the surface of cancer cells, TCRs can recognize those inside them. A disadvantage to TCRs is that they are HLA-matched, meaning they can only be used in patients who harbor specific genetic profiles.

Two CAR-Ts are currently approved, both of which attack the cell-surface antigen CD19 in blood cancers: Novartis’ Kymriah (tisagenlecleucel) and Gilead Sciences’ Yescarta (axicabtagene ciloleucel). No TCRs have regulatory approval.

Celgene is already among the companies developing TCR therapies in solid tumors, through subsidiary Juno Therapeutics, which it acquired in January 2018 for $9 billion; Celgene itself is currently pending acquisition by Bristol-Myers Squibb, under a $74 billion deal announced in January of this year. Gilead is also developing TCRs, through the Kite Pharma subsidiary that originally developed Yescarta. A TCR Kite has in development is KITE-718, which targets the MAGE-A3/A6 pathway and is currently in a 75-patient Phase I clinical trial for tumors that carry the antigen. Adaptimmune is another company specializing in TCR therapies and currently has candidates in development that target MAGE-A4, MAGE-A10 and A2AFP in solid tumors.TrendMD v2.4.3