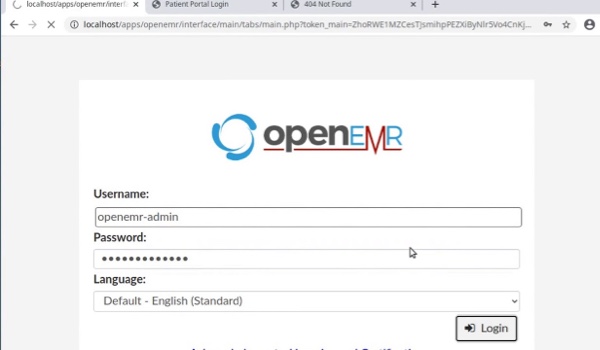 Several vulnerabilities found by researchers in the OpenEMR software can be exploited by remote hackers to obtain medical records and compromise healthcare infrastructure. Critical

OpenEMR is an open source management software designed for healthcare organizations. The free application is highly popular and it provides a wide range of features for managing health records and medical practices.

However, SonarSource researchers determined that if the Patient Portal is enabled and accessible from the internet, an attacker could take complete control of the OpenEMR server by chaining the vulnerabilities they’ve found.

According to SonarSource, the Patient Portal has its own API interface, which can be used to control all portal actions. Using this API requires authentication, but the researchers found a way to bypass it, allowing them to access and make changes to patient data, or to change information associated with backend users, such as administrators.

An attacker who is able to change administrator account data can exploit the persistent XSS vulnerability to inject malicious code that would get executed when the targeted admin logs in to their account.

The JavaScript code triggered through the XSS vulnerability can then exploit the command injection vulnerability found by the researchers. The ability to execute arbitrary OS commands enables the attacker to take complete control of the OpenEMR server.

Alternatively, if the attacker targets a user with lower privileges rather than an administrator, they can exploit the SQL injection vulnerability to gain access to the patient database and steal potentially valuable data.

Exploitation of the XSS and command injection flaws requires admin privileges, but the SQL injection bug can be exploited with regular user privileges.

SonarSource discovered the vulnerabilities in OpenEMR 5.0.2.1 and they were patched with the release of version 5.0.2.2 in August. Details of the flaws were only made public now to give users enough time to install the update.