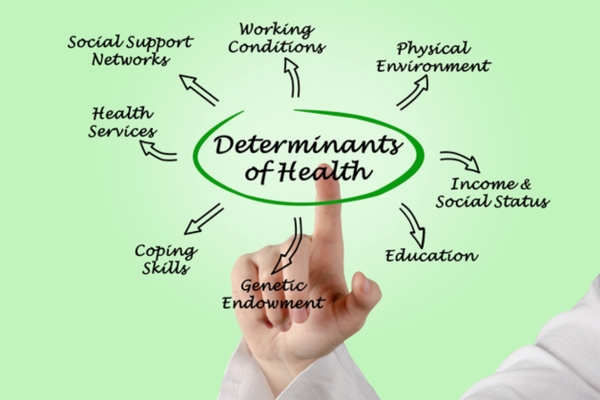 The concept of addressing social barriers to health as a central part of medical care has continued to gain steam as research has shown its outsized effect on overall health and healthcare costs.

CVS Health has made the idea a key part of its strategy as it continues its integration with Aetna in the wake of the two companies’ $69 billion mega-merger.

The company hopes its new Destination: Health offering – can successfully connect high-need members to social services. CVS is working in concert with Unite Us, a New York startup that builds networks of local social service providers and provides software to connect individuals with those organizations, track outcomes and collaborate on care.

“Both Aetna and CVS Health have a long track record in supporting local community-based providers from a corporate social responsibility and foundation-giving perspective, but the question is how do we embed it as a core part of the business?” said Leila Nowroozi, a leader in CVS Health/Aetna business strategy division.

If this news sounds familiar, that’s probably because Unite Us was the partner  recently chosen by Kaiser Permanente to build out its Thrive Local network, a system with the same broad strokes mission to integrate non-clinical services like transportation and housing support into its larger offerings.

Kaiser’s network is meant to scale across the organization’s 12 million members over the next three years if all goes according to plan.

CVS Health hasn’t set as strong of a public timetable for the expansion of its own network and put its own near-term goals as seeing results from the network through metrics like member satisfaction, the usage rates of linked services and the impact on community-based organizations

Eventually the ambition is to have a measurable impact on Aetna’s claims through a reduction in downstream healthcare spending. A key part of moving towards this ultimate goal is developing an infrastructure where outcomes can be reliably measured

“There’s a void in that type of feedback loop, many of these community partners are under resourced entities who are focused on trying to improve people’s lives and not on reporting data,” Nowroozi said. “These collaborations through Unite Us helps with the whole industry migration towards better data and evidence-gathering.”

As for what services the company hopes to prioritize? That depends on the market, according to Garth Graham, CVS Health’s vice president of community health and impact.

“It’s really what’s defined locally as necessary. That’s why the partnership with Unite Us is key since they are the ones building these local networks,” Graham said. “All health is local, so each community has its own set of challenges.”

As part of its collaboration with Unite Us, Kaiser became a strategic investor of the company, which Graham said that was one option being explored by CVS.

Medicaid looks to be an initial major focus for the company as it looks to grow out its network. Aetna currently offers Managed Medicaid plans to more than 2 million beneficiaries across 16 states.

While Unite Us will eventually make it possible individual members able to identify and select social care providers, CVS Health officials say that selected Aetna members will initially be linked to local providers through nurse case managers and community liaisons.

The large retail footprint of CVS pharmacies are certain to play a role in the build out of the Destination: Healthcare network, but executives are short on details on what exactly that could look like.

One possibility – especially as the company continues to grow its HealthHUB model – is that stores could become distribution points where members could meet with local case managers, access supportive housing services and get warm hand-offs and introductions to local community resources.

The company’s effort to address social determinants are also being expanded among its commercially insured population through the rollout of new analytics tool to help plan sponsors identify where there are specific socially-related vulnerabilities among their patient population.

CVS Health’s initiative is meant to build on a previous pledge made earlier this year soon after the closure of its Aetna acquisition to direct $100 million over five years toward areas including free health and wellness screenings, donations to nonprofits working in areas like substance abuse recovery and financial and volunteer support for local community organizations.

Housing has also been a major philanthropic priority for the company, which is slated to invest more than $50 million in 2019 toward the construction or rehabilitation of more than 1,600 affordable housing units across six states.TrendMD v2.4.3