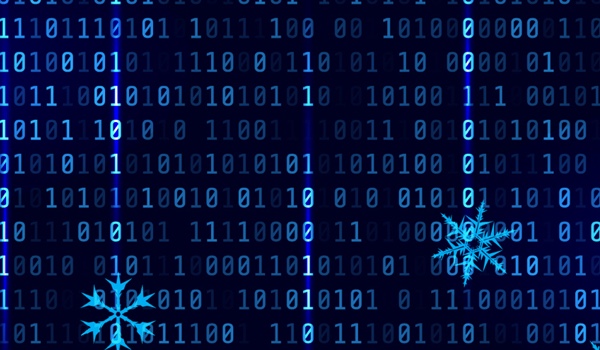 Whether It’s Stealing Your Information or Selling it Online, the Holidays are a Bonanza for Cybercriminals

The joy of the season, at least as expressed through the growing dollar volume of Black Friday and Cyber Monday online sales, was huge this year. Final numbers aren’t yet available, but according to Salesforce, U.S. sales exceeded $8 billion while Adobe Analytics expects that number to be closer to $9.4 billion in U.S. online orders. Either way, the total would represent a new record.

But the surge in bargain hunting and online buying isn’t just limited to traditional holiday shoppers. It is also a bonanza for cybercriminals whose own sales and purchases of contraband on the dark web mirror the one-day-only specials of their consumer-facing counterparts.

How do I know that? My company’s primary mission involves peering around the digital shadows of the internet that most people never see – variously known as the Dark Web or the Deep Web – to determine whether a client’s credentials, credit cards, or other high-value data have been stolen and offered for sale through online black marketplaces. And the volume of contraband material available is huge.

Take, for example, BriansClub, which specializes in the sale of stolen credit cards and other financial information. In October, the site offered customers who spent $500 or more in the shop a Black Friday bonus and eligibility for special discounts. We suspect that this largesse was an attempt at public relations to win customers back after experiencing some bad publicity that followed an attack on the site’s data center which exposed 26 million credit and debit cards.

Like their above-ground counterparts, cyber criminals are always on the outlook for good deals. And as vendors of contraband, they use many of the same tools to attract customers as legitimate businesses. For example, BlackHatWorld is an online forum for members that focuses on black hat search engine optimization strategies and other dark marketing tactics to attract prospective buyers to their marketplace. Those members, in turn, use the forum to track news about other deals that they come across. In fact, there are so many members clamoring for others to follow a particular thread, that clandestine forum moderators often intervene in an attempt to impose order on the shopping chaos.

Display advertising using high profile banners also proliferate around the holidays, drawing attention to dark web Black Friday deals. One marketplace, UnderMarket 2.0, boasts a variety of goods including stolen credit cards, counterfeit products, and drugs. During the Black Friday/Cyber Monday weekend, its deals typically include bargains like 30 percent off everything with extra discounts available for buyers who spend more than $2,000.

Not surprisingly, the volume of dark web traffic reaches a peak on Black Friday but continues through the holiday season and beyond. By tracking across chat messages, forum posts, and other dark web pages, we have found that mentions of Black Friday spike sharply in the days immediately after U.S. Thanksgiving. But the Black Friday concept has now grown beyond its calendar limits. The term has become so widely understood as a synonym for bargains that we have seen “Black Friday” sales pop up well outside of the winter shopping season.

Dark web vendors are usually, and appropriately, associated with the sale of stolen credit cards and other illegal products. But even when they’re not offering wares for sale, Black Friday can also be an opportunity for cybercriminals to improve the tools of their trade. Discounts are frequently available on SEO kits, on HTTPS proxies, and virtual private network services – all of which can be used to trick and defraud unsuspecting targets. For example, a black hat SEO strategy coupled with backlink software could allow cybercriminals to push malicious websites higher on Bing or Google searches, drawing much larger audiences. And those tools can be used all year long.

So, what are businesses to do in order to remain safe? First of all, it’s important to understand that nothing is perfectly secure and that the techniques of cybercriminals will continue to evolve and become even more difficult to evade as time goes on. That said, however, here are some guidelines which can narrow the opportunity for becoming a victim.

• Be diligent about your supply chain: Point of sale (POS) devices are prime targets, so make sure they are protected and monitored regularly for suspicious activity. Besides POS devices, don’t forget about third-party vendors such as your HVAC vendor, IT services, third-party software, etc. Have a defined supply chain onboarding process to include a robust vendor review, implement least privilege access, ensure there are strict security controls, and remember to revisit every step on a regular basis or if the scope of the vendor partnership changes.

• Monitor dark web forums and marketplaces for mentions of your company: The presence of your company domain on a criminal forum is a good indication you are being targeted by credential stuffing tools.

• Plan ahead and stay one step ahead of cybercrime: Have a process in place to handle compromised customer accounts, be prepared to deal with extortion scenarios, and use threat intelligence to track actors and understand their threat level.

Enjoy your success this holiday season, but take these steps to avoid sharing the joy with cybercriminals.

Alastair Paterson is CEO and Co-Founder of Digital Shadows. Alastair has worked for over a decade advising secure government and FTSE 100 clients on large-scale data analytics for risk and intelligence. Before founding Digital Shadows in 2011, Alastair was International Propositions Manager at BAE Systems Detica working with clients in the Gulf, Europe and Australasia. He holds a first class MEng in Computer Science from the University of Bristol.