Cybercriminals gang up to pull off a job, then disband 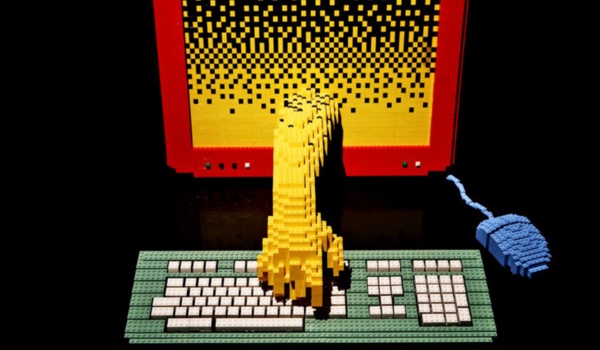 New research identifies common attributes of cybercrime networks, revealing how these groups function and work together to cause an estimated $445-600 billion of harm globally per year.

“Certainly, there are different nation states and groups engaging in cybercrime, but the ones causing the most damage are loose groups of individuals who come together to do one thing, do it really well—and even for a period of time—then disappear.”

In cases like New York City’s “Five Families,” organized crime networks have historic validity, and are documented and traceable. In the online space, however, it’s a very difficult trail to follow, Holt says.

“We found that these cybercriminals work in organizations, but those organizations differ depending on the offense,” Holt says. “They may have relationships with each other, but they’re not multi-year, multi-generation, sophisticated groups that you associate with other organized crime networks.”

Holt explains that organized cybercrime networks are made up of hackers coming together because of functional skills that allow them to collaborate to commit the specific crime. So, if someone has specific expertise in password encryption and another can code in a specific programming language, they work together because they can be more effective—and cause greater disruption—together than alone.

“Many of these criminals connected online, at least initially, in order to communicate to find one another,” Holt says. “In some of the bigger cases that we had, there’s a core group of actors who know one another really well, who then develop an ancillary network of people who they can use for money muling or for converting the information that they obtained into actual cash.”

Holt and lead author ER Leukfeldt, a researcher at the Netherlands Institute for the Study of Crime and Law Enforcement, reviewed 18 cases from the Netherlands in which individuals faced prosecution for cases related to phishing. Data came directly from police files and was gathered through wire and IP taps, undercover policing, observation, and house searches.

Beyond accessing credit cards and banking information, Holt and Leukfeldt found that cybercriminals also worked together to create fake documents so they could obtain money from banks under fraudulent identities.

The research also debunks common misconceptions that sophisticated organized criminal networks—such as the Russian mafia—are the ones creating cybercrime.

Looking ahead as law enforcement around the world takes steps to crack down on these hackers, Holt hopes his findings will help guide them in the right direction.

“As things move to the dark web and use cryptocurrencies and other avenues for payment, hacker behaviors change and become harder to fully identify, it’s going to become harder to understand some of these relational networks,” Holt says.

“We hope to see better relationships between law enforcement and academia, better information sharing, and sourcing so we can better understand actor behaviors.”

The research appears in International Journal of Offender Therapy and Comparative Criminology.

The post Cybercriminals gang up to pull off a job, then disband appeared first on Futurity.

Source: Cybercriminals gang up to pull off a job, then disband