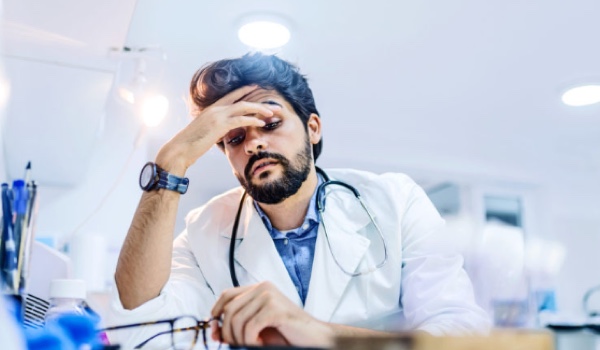 Electronic health records may improve quality and efficiency for doctors and patients alike—but physicians give them an “F” for usability and they may contribute to burnout, according to new research.

By contrast, in similar but separate studies, Google’s search engine earned an “A” and ATMs a “B.” The spreadsheet software Excel got an “F.”

“A Google search is easy,” says Edward R. Melnick, assistant professor of emergency medicine and director of the Clinical Informatics Fellowship at Yale University. “There’s not a lot of learning or memorization; it’s not very error-prone. Excel, on the other hand, is a super-powerful platform, but you really have to study how to use it. EHRs mimic that.” 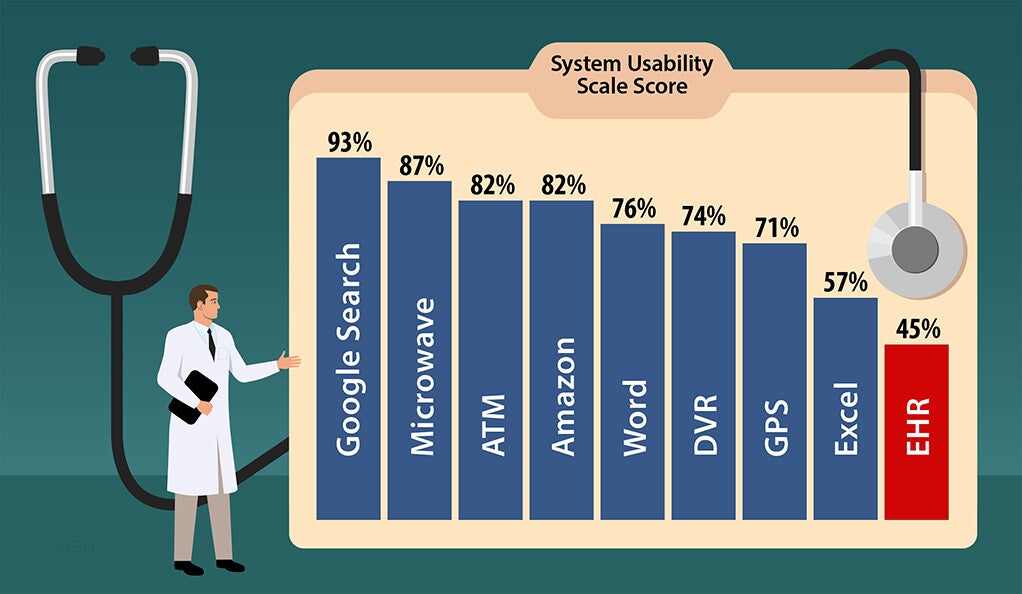 There are various electronic health record systems that hospitals and other medical clinics use to digitally manage patient information. These systems replace hard-copy files, storing clinical data, such as medications, medical history, lab and radiology reports, and physician notes.

The systems were developed to improve patient care by making health information easy for healthcare providers to access and share, reducing medical error.

But the rapid rollout of EHRs following the Health Information Technology for Economic and Clinical Health Act of 2009, which pumped $27 billion of federal incentives into the adoption of EHRs in the US, forced doctors to adapt quickly to often complex systems, leading to increasing frustration.

According to the study, physicians spend one to two hours on EHRs and other deskwork for every hour spent with patients, and an additional one to two hours daily of personal time on EHR-related activities.

“As recently as 10 years ago, physicians were still scribbling notes,” Melnick says. “Now, there’s a ton of structured data entry, which means that physicians have to check a lot of boxes.

“Often this structured data does very little to improve care; instead, it’s used for billing. And looking for communication from another doctor or a specific test result in a patient’s chart can be like trying to find a needle in a haystack. The boxes may have been checked, but the patient’s story and information have been lost in the process.”

For the current study, published in Mayo Clinic Proceedings, Melnick zeroed in on the effect of EHRs on physician burnout.

The AMA, along with researchers at the Mayo Clinic and Stanford University, surveys over 5,000 physicians every three years on topics related to burnout. Most recently, the burnout rate was 43.9%—a drop from the 54.4% of 2014, but still worryingly high, researchers say. The same survey found that burnout for the general US population was 28.6%.

Researchers also asked one quarter of the respondents to rate their EHR’s usability by applying a measure, System Usability Scale (SUS), previously used in over 1,300 other usability studies in various industries.

Users in other studies ranked Google’s search engine an “A.” Microwave ovens, ATMs, and Amazon got “Bs.” Microsoft Word, DVRs, and GPS got “Cs.” Microsoft Excel, with its steep learning curve, got an “F.”

Benchmarking physicians’ feelings about EHRs will make it possible to track the effect of technology improvements on usability and burnout, Melnick says.

“We’re trying to improve and standardize EHRs,” Melnick says. “The goal is that with future work, we won’t have to ask doctors how they feel about the EHR or even how burned out they are, but that we can see how doctors are interfacing with the EHR and, when it improves, we can see that improvement.”

The post Doctors give electronic health records an ‘F’ appeared first on Futurity.