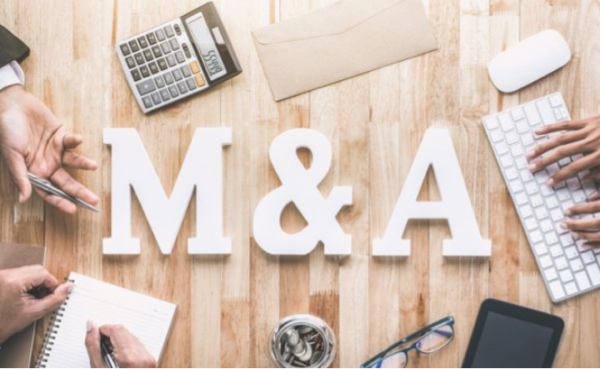 Madison, Wisconsin-based diagnostics company Exact Sciences has agreed to purchase Genomic Health in a $2.8 billion cash-and-stock deal to create a powerhouse in the oncology diagnostics industry.

Exact Sciences, known for their Cologuard colorectal cancer screening test, has continued to branch out into different cancer indications through internal pipeline development and now through M&A.

Colorguard is an at-home stool-based DNA test that was developed in conjunction with the Mayo Clinic and initially launched in 2014. In the five years since, the diagnostic has been used on more than 2.6 million people and has helped uncover 12,000 cases of early-stage cancer and 84,000 pre-cancerous polyps.

Oncotype DX Breast is a genomics-based diagnostic that is used to help clinicians understand the risk of cancer recurrence and the effectiveness of certain therapies on their disease. Outside of the company’s primary breast cancer product, Genomic Health also has diagnostics targeting prostate and colon cancer in its portfolio.

The companies tout the deal as expanding Exact’s commercial footprint to 90 countries and creating a leader in the cancer diagnostic space with projected 2020 revenues of $1.6 billion.

Alongside the news of the merger, both Exact Sciences and Genomic Health announced their second quarter financial results.

In the second quarter, Exact Sciences earned revenues of $2oo million, equivalent to roughly 94 percent growth year-over-year. Genomic Health’s revenue in Q2 2019 was $114.1 million, an increase of 19.4 percent from 2018.

“When we think about the complementary strengths of our organization, doing it with a record quarter coming from Genomic Health and the optimism we have going forward this is the right time for a deal,” Genomic Health CEO Kim Popovits said on an investor call. “We really believe we have a one plus one equals three scenario.”

Exact Sciences executives say that bringing in Genomic Health’s expertise and financial resources will allow the company to invest in products to identify and test for property biomarkers in other common cancer types.

“Long term bringing together Exact Sciences and Genomic Health will create an organization with a breadth of capabilities that doesn’t exist today,” Exact Sciences CEO Kevin Conroy said on the call, estimating a $200 million R&D budget for the combined company.

“At its core this combination is about bringing together two complementary capabilities to create a leading cancer diagnostics company with unique abilities to impact more people’s lives.”

One specific program that executives said would benefit from the Genomic Health combination is Exact’s early-stage screening for hepatocellular carcinoma, the most common type of liver cancer. Conroy said Genomic Health’s existing commercial infrastructure for international sales gives the company a ready-made avenue to expand sales outside of the U.S.

Another recent area of development for Exact Sciences has been the development of liquid biopsy products, particularly for the early-stage screening of lung cancers to avoid unnecessary biopsy. Adding Genomic Health’s laboratory presence in California bolsters the company’s the reimbursement strategy for the emerging technology.

Genomic Health has also been working on its own liquid biopsy-based products and said merger could accelerate that development, particularly with the company’s predictive test for late-stage breast cancer recurrence.

The deal is expected to be closed by the end of the year pending regulatory and shareholder approval of the deal. The board of directors of the companies have both unanimously approved the deal.