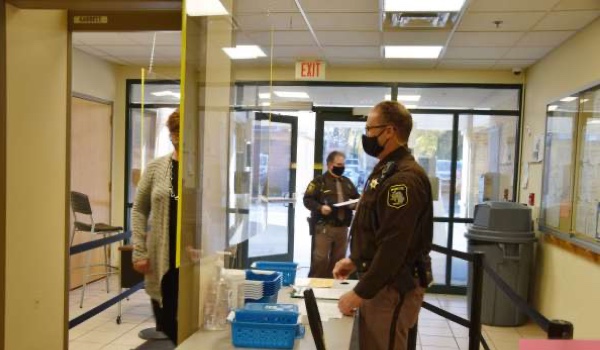 The team will work with the health network to review thousands of computers and devices and ensure they do not have malware or virus, the governor said.

The FBI and two federal agencies warned in an alert last week that they had “credible information of an increased and imminent cybercrime threat to U.S. hospitals and healthcare providers.” Independent security experts say the ransomware, called Ryuk, has already affected at least five U.S. hospitals last week and could potentially affect hundreds more. The FBI is investigating what happened with the UVM Health Network but has not said if it’s a ransomware attack.

The network said in a statement on its website Wednesday that its information technology team was making progress, “but we still do not know when all systems will be restored.”

“We anticipate additional scheduling challenges to emerge beginning tomorrow when some hospitals and offices across the network will be unable to access appointment schedules,” the network said, while urging patients to check its website for information related to affiliates. It’s also encouraging patients to bring as much information as they can to appointments including current medications, glucometers and printed summaries from previous visits.

“We sincerely apologize for any difficulty or inconvenience this event is causing our patients,” it said. “Their safety and security remains our priority and will continue to be the basis for our decision-making.”