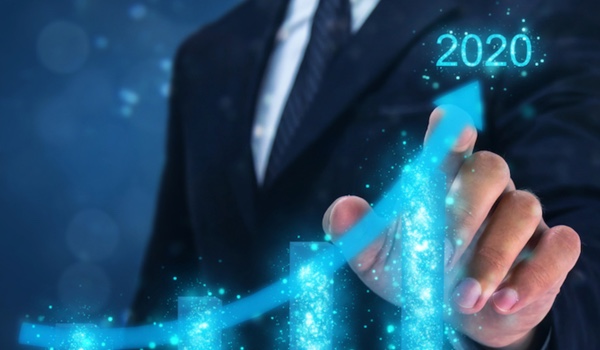 The COVID-19 coronavirus outbreak will likely have an impact on early-stage venture investment in cybersecurity, but investors and industry professionals are optimistic.

Last week, Washington, D.C.-based cybersecurity venture capital firm and incubator DataTribe released a brief report on early-stage venture investment in the past decade. Using data from Pitchbook, the company analyzed investment activity for all early-stage ventures and separately for early-stage cybersecurity deals. The analysis covered accelerators, angel investors up to Series A, and venture capital seed and Series A funding rounds.

In terms of the amounts invested in early stages, DataTribe told SecurityWeek, the median deal size for cybersecurity seed funding was roughly $2.5 million in 2018 and 2019. The median size of Series A funding rounds in the past two years was approximately $10 million at a pre-money valuation of $20 million.

The number of early stage investments in cyber has decreased in the first two months of 2020 compared to the same period of the previous year, but DataTribe says the COVID-19 outbreak is unlikely to be responsible considering that it typically takes venture investments up to two quarters to close. However, the company does expect the coronavirus pandemic to have an effect on investments. “Early stage investments will be most affected, with an observed 52.7% decline YTD compared to the same period in 2019,” said DataTribe co-founder Mike Janke. “Angels will likely tighten their purse strings to preserve personal assets while the economic impact of the current pandemic remains unknown. However, venture capital money is still available as are the quality founders seeking capital to build great companies. We expect to see the trend of fewer deals continue along with downward valuation pressure. Downturns in the economy can be very active times for select venture capital firms as they view this as a time to get better valued deals.”

Janke believes that while it might take longer to close deals, investors will continue to invest in cybersecurity, particularly now that an increasing number of employees will have to be able to remotely connect to corporate systems. Moreover, Janke believes that while the social separation rules imposed as a result of the coronavirus will limit in-person meetings, this will actually “accelerate traction on deals.”

The impact of the coronavirus outbreak on investments

SecurityWeek has reached out to several other early stage cybersecurity investors and some industry professionals to find out more about the impact of COVID-19 on investments. They mostly agree that the pandemic will have some negative impact on deals, but they also believe that the rise in cyberattacks leveraging the outbreak and the increasing need for secure remote access will drive investment, particularly in certain areas.

One of the experts contacted by SecurityWeek is Alex Doll, founder of Ten Eleven Ventures, a company that describes itself as “the industry’s original venture capital fund that is focused solely on investing in digital security.” Ten Eleven Ventures has raised nearly $500 million and has invested in 21 cybersecurity companies, including Twistlock, Verodin, Cylance, KnowBe4, Darktrace, and Ping Identity.

“There is uncertainty in customer outlook, and that makes it challenging to assess current business traction, progress, and momentum – all of which are critical inputs to establishing valuations,” Doll explained. “Also, many investors need to meet prospective company teams in person and visit the company on-site. In-person meetings help build rapport and cement the relationship. That said, we do think that after an initial meeting or two, it is much easier to continue the relationship via video meetings, so there may be much more opportunity for deals that are in-progress to get over the finish line.”

Very early, seed-stage companies that were planning on spending the next 12-18 months developing their product rather than going to market may be less impacted, Doll said.

Leitersdorf believes the cybersecurity industry may experience difficulties in the short term as a result of “organizational austerity measures.”

“However, we are not expecting it to impact early-stage investments the same way it will later-stage investments, given the discrepancies in the capital involved, and the metrics by which they are respectively measured. Early-stage are focused on product development and building the technology, unlike later-stage companies that are measured by the revenue coming in. Moreover, early-stage companies are usually more financially efficient, given that the majority of their capital at this stage is invested in product development,” Leitersdorf explained.

Some delays expected, but investors are optimistic

Investors agree that there may be some delays due to the coronavirus outbreak — particularly in later rounds — and they may be more selective in the upcoming period. However, investors seem mostly optimistic and claim that they continue to look for companies to invest in.

Doll says in-process deals are likely to land, but it may take longer as investors “review their current portfolio’s needs and plan for this new future.”

Will Lin, partner at ForgePoint Capital, told SecurityWeek that the coronavirus outbreak has so far not slowed down pending investments they are looking to close. However, he noted that “due to the current uncertainty, investors are likely to be more focused on companies with better ability to breakeven if needed.” ForgePoint Capital has invested in companies such as AlienVault, BishopFox, Bromium, IronNet, Mocana and Qualys.

“We are dealing with a technically savvy group of professionals in this industry. Early stage cybersecurity companies and their investors have quickly transitioned to virtual development, operational, and sales environments,” Thomas told SecurityWeek.

He added, “There have been some pleasant surprises this week too, with many deals being pursued by our portfolio companies closing because of customer fears that budgets might be taken away from them. Cash and runway is truly now king again, and if you don’t have enough already, it might be harder to come by for the foreseeable future. The longer this crisis persists, the more startups and their investors are going to begin to consider alternative courses of action in their business or exit strategies.”

Strong companies will survive and improve

Leitersdorf says investors should help their portfolio companies navigate the storm, including by providing guidance and assistance in planning budgets and expenses.

“The strongest entrepreneurs will adapt to the COVID-19 era’s most pressing cybersecurity challenges and will undoubtedly continue to raise capital,” Leitersdorf added.

Doll pointed out that while people’s health is the most important thing during this crisis, from an investor’s perspective a lot of great companies are forged during difficult times.

“This is one of those times when great leadership can emerge and shine. It is an opportunity for new CEOs to rally behind their employees, get flexible and creative, and focus on building long-term partnerships,” Doll said.

Steve Durbin, managing director of the Information Security Forum, a London-based authority on information security and risk management, commented, “I suspect that COVID-19 will tighten further the investment criteria being applied with a keener focus on investing in a differentiated cybersecurity offering that can provide a more guaranteed return on early-stage investment. Those early stage companies that can demonstrate this will be far more attractive to investors globally. The winners in my view will be those companies that can deliver an ethically-based, digital play on the use of data to deliver quantifiable and immediate value to CISOs of all size companies. This will include both internally focused and market driven data.”

Areas of interest for investors during the COVID-19 crisis

Since many employees are now forced to work from home, investors believe solutions designed to provide secure access to corporate systems and resources will likely receive more attention.

Reports have been pouring in from cybersecurity companies about an increasing number of attacks exploiting the COVID-19 crisis. As a result of these attacks and other related threats, organizations may be increasingly interested in anti-phishing, anti-fraud, data security, and cloud security solutions.

“We’ll continue to focus on the theme of back-to-basics,” ForgePoint’s Lin said. “These are ideas like logging, endpoint, identity/privileged access and security services. Additionally, we will also monitor new attack vectors and emerging trends resulting from the current environment.”