Investors double down on health technology as funding reaches $9.1B in 2020 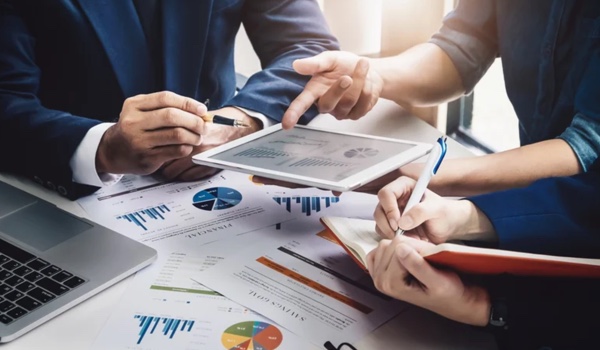 Digital health funding dropped steadily after January until it reached a low in April at the height of the global pandemic lockdown, and then investment picked back up again, Startup Health reported. (Investors)

While the financial markets have taken a hit during the COVID-19 pandemic, the health technology market continues to thrive.

After a record-breaking first quarter in digital health investment, the strong performance continued in the second quarter with investors sinking $4.2 billion into digital health, according to a report from investment firm Startup Health.

Total health innovation funding for the first half of 2020 hit $9.1 billion, up nearly 19% compared to $7.7 billion invested during the same period in 2019, the firm reported.

The first quarter of 2020 was the most funded quarter on record for health technology with $4.9 billion raised, according to Startup Health.

“It’s been said that there are decades where nothing happens, and then there are weeks when decades happen,” wrote StartUp Health co-founders Steven Krein and Unity Stoakes in the report.

“It’s crystal clear to us that over the past several weeks, decades have happened. Our community of entrepreneurs have introduced new health technology solutions to front line healthcare workers, caregivers, researchers and scientists, fellow innovators, patients and families at a scale and pace we would have said was impossible only eight weeks ago,” Krein and Stoakes wrote.

March 11, the World Health Organization declared COVID-19 a global pandemic, and all bets were off as to how the coronavirus would impact health innovation funding going forward.

Breaking down 2020 funding month by month shows a clear curve that can be mapped to the coronavirus, according to the firm’s report. Funding dropped steadily until it reached a low of $1 billion in April at the height of the global pandemic lockdown.

Many large venture capital and private equity funds pushed pause on all the deals that were live, according to Andrew Isaacs, StartUp Health ventures adviser.

“They needed to recalibrate with their current portfolio companies who actually may need a capital infusion from the fund,” Isaacs said in the report.

Funding perked back up again, posting strong upticks in May and June. The bounceback appears to have been swift, though it’s too early to predict what will come in the third quarter, Startup Health reported.

Public companies in the health technology space are getting a boost as well. Between Feb. 19 and the end of May, the S&P 500 fell 13%. Yet over that stretch, Teladoc climbed over 48% and is now trading at about 21 times revenue, roughly double its five-year average, according to FactSet.

The Startup Health report tracks an interesting trend about where the money is going in digital health—everywhere, it seems.

While telemedicine companies saw a funding boom in the first quarter, investments in the first half of 2020 were made across a diversified digital health market including insurance, pharmacy, wellness, cancer detection and wearables.

“What we’re not seeing is a market dominated by telemedicine or remote care, despite the outsized growth in adoption those industries have seen of late. We’re also not seeing a market overwhelmed by COVID solutions,” Startup Health’s co-founders wrote.

The biggest deals in the first six months of 2020 include Grail, a healthcare company focused on early cancer detection, with $390 million, a $250 million investment in drug delivery startup Alto Pharmacy and a $225 million funding round for tech-enabled insurer Oscar Health.

Virta Health snagged a $93 million series C funding round to improve diabetes care, and Conversa raised $12 million to expand the use of its AI chatbot for virtual care.

Looking at the top-funded innovation hubs outside the U.S., Stockholm topped the list, thanks in large part to a $155 million mega-deal for KRY, a Swedish telemedicine company.

Due to the economic ripple effect of COVID-19 in China, cities that typically make the list including Hangzhou, Beijing and Guangzhou fell off this year.

As of 2020’s midyear mark, China only had four deals and $249 million in funding. This represents a 56% decrease in the amount of funding from midyear 2019 and a 41% decrease in funding over midyear 2018, Startup Health reported.

Source: Investors double down on health technology as funding reaches $9.1B in 2020