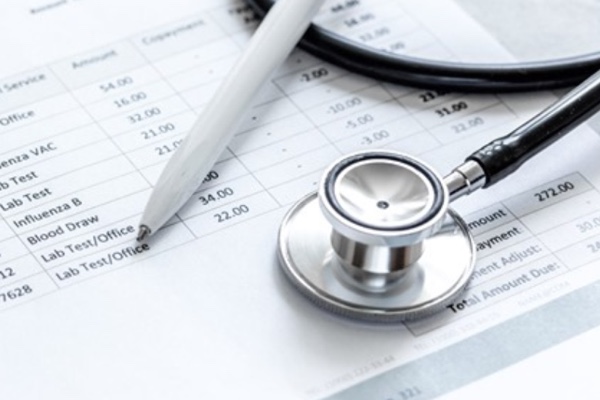 With August recess at a close, Congress has yet to find a solution to end balance (or “surprise”) billing, where patients are charged the remainder of their medical bill for out-of-network (OON) expenses not reimbursed by their health plan. About the only compromise for-profit health insurers, hospitals, and physician groups can agree on is that patients should be taken out of the middle, but they can’t agree on how.

Physician groups are vying for “independent dispute resolution” (IDR) — essentially third party arbitration — to settle billing disputes. Not content with merely ending balance billing, health insurers are asking Congress to enact “benchmark payments,” which would rate-set all hospital-based physician reimbursement at 125% of median in-network insurer rates for a given region. Euphemistically referred to as a “market rate,” benchmark payments are actually a government price control which seeks to drive average in-network rates down for cost savings. The Congressional Budget Office (CBO) estimates benchmark payments would cut reimbursement to hospital-based physicians by 20% over the next ten years — ironically the same percentage cuts legislators voted down for being too draconian during the Sustainable Growth Rate (SGR) Patch bills from 1997 until 2015. This functional price ceiling would lead to staffing cuts in emergency departments, which have been shown to increase overcrowding and patient mortality. Benchmarking has already worsened physician shortages in California. Countries such as France and Germany use a similar government-imposed fee schedule known as all-payer rate setting to reduce health care costs. Congress has done such a poor job controlling health care costs that they are now mulling instituting similar government price controls used by Europe, but in the U.S. version, Big Insurance will dictate the terms. This counters any “free-market” innovations proposed as alternatives to the Affordable Care Act, to the point that some conservative PACs are now running ads against GOP senators in their home states. Further, the CBO does not specify any mechanism for benchmark payment “cost savings” (read: pay cuts) to be passed on from insurers to consumers. Oregon ended balance billing with the same benchmark, fee schedule in 2017, and insurance premiums have still risen 7%. Conversely, New York ended surprise bills with an IDR system which has not caused premiums to rise faster than in other states. Insurers are using benchmark payments as a backdoor to an all-payer rate setting system they control. The health insurer PR-machine has capitalized on news articles that muddle emergency physician, hospital, and ambulance-transport billing in efforts to blame physicians for insurers’ network gaps. In a page out of the Big Pharma playbook, they have funded research through health care foundations which, not-coincidentally, publish pro-health insurer research. Sleight of hand is necessary for health insurers to compensate that while emergency physician salaries have risen 34.5% in the last 11 years, health insurance deductibles have risen 212 percent and premiums have increased 55% during the same time. The “Big 5” health insurance stock prices have risen somewhere from 400-880% in the past decade — no wonder 86% of consumers still blame health insurers for surprise bills. Meanwhile, emergency care in the U.S. only accounts for approximately 2% of health care spending, despite an estimated $4.2 billion in unfunded costs due to the Emergency Medical Treatment and Labor Act (EMTALA). Health Insurers simply cannot be trusted, and giving insurers more power over reimbursement will not save Americans money. A government audit found that Medicare Advantage plans defrauded U.S. Medicare by $7 billion in 2016 alone. In 2008, United HealthGroup was sued for using its Ingenix database to fraudulently underpay the usual and customary reimbursement to OON health care providers, shifting millions of dollars in costs to New York consumers as “surprise” bills. The lawsuit was settled for $400 million, and New York used its settlement to fund the FAIR Health database which it now uses in arbitration to help settle payment disputes. New York, unlike Congress, has learned that health insurers cannot be trusted to set rates. Meanwhile, Ingenix metastasized into Optum, which has transformed United HealthGroup into the largest health insurer in the country. The more power Congress gives health insurers to control health care, the worse it gets for Americans. Since the explosion of managed care plans in the 1990s and the passage of the Affordable Care Act in 2010, health insurance costs have exploded. We now spend more money on health care administrative costs than we do on actual physician care. Individual physicians want to end balance billing — we are asking Congress to adopt Independent Dispute Resolution, which has stabilized premiums, resolved billing disputes, and not exacerbated emergency care coverage. Congress should not enact a European-style, Trojan horse fee schedule disguised as benchmark payments which will lead to an all-payer rate setting system in U.S. health care. Health insurers continue to try to drive a wedge between U.S. physicians and patients, to the detriment of our health care system. America does not need more government protections to safeguard health insurer revenue, as they have proven untrustworthy and unwilling to pass cost-savings on to Americans. Damian E. Caraballo is an emergency physician. Tagged as: Emergency Medicine, Public Health & Policy, Washington Watch
Source: Let’s end surprise billing without a Trojan Horse