Mobile Payment Fraud on the Rise 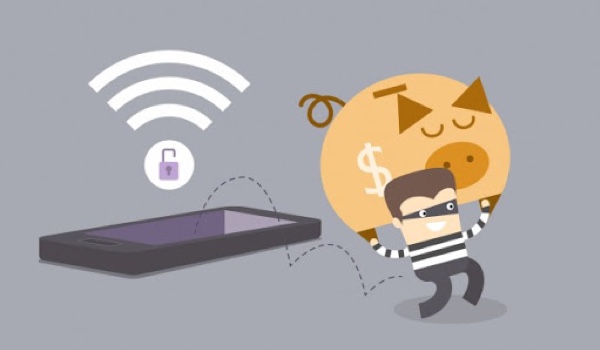 Mobile payment fraud is growing, and is growing faster in the mobile ecosystem than anywhere else. While Windows remains the most popular operating system used by fraudsters at 38%, the combined figures for iOS and Android are now 51% of all online fraudulent activity. The growth is probably even greater since little more than half of merchants track fraud on mobile channels.

The figures come from Sift, a company that protects its customers from various forms of online abuse, but a company that can in this instance be considered a payment fraud detection firm. Sift uses machine learning algorithms to analyze attempted transactions on its customers, blocking or quarantining suspected or obviously fraudulent events. In so doing, it has been able to analyze (PDF) data from 34,000 websites and apps, and an average of 35 billion events per month across 2018 and 2019.

Physical e-commerce remains the most popular target for fraudsters, but digital e-commerce (typified by gift-cards) has grown in favor. Sift believes that the growing maturity of the mobile channel in all forms of everyday life has triggered the fraudsters to take advantage of new opportunities.

Just as the targets have evolved with the emergence of mobile as the fraud platform of choice, so too have the payment types evolved. The more apparently obvious types — gift cards and credit cards — occupy only positions six and seven in the most popular methods. The top three are online promotions, digital wallets and money orders. “In the case of online promos,” reports Sift, “25% of attempted transactions involving these discounts were fraudulent.”

In-app purchases as a fraud payment method have grown with the increasing popularity of online gaming; virtual game currencies that can be exchanged for fiat currency; and in-app special feature purchases. In fact, the largest single attempted purchase on the Sift platform in 2019 was for a DOTA 2 in-game item at $1 million. While that would seem an obvious fraud, Sift’s trust and safety architect Kevin Lee told SecurityWeek that he was not surprised at the attempt.

In general, fraudsters seem to make little attempt to fly beneath the radar by concentrating on small value frauds. “Sift found,” says the report, “that the average fraudulent purchase attempt was three times the amount of a legitimate transaction.”

The analysis also found that fraud is attempted most often when it is least often expected. It would be logical to assume that online fraud would increase during the peak winter holiday season. This doesn’t happen. “Our findings,” says Sift, “revealed that fraudsters kick their scams into high gear when we might not expect them to — and when fraud teams aren’t necessarily in holiday high-alert mode.”

Physical e-commerce fraud heats up in May and June with other spikes in September and October. Digital e-commerce fraud increases from May to July, while September is the peak month for fraud that is specifically aimed at financial services. Perhaps for similar reasoning, fraud also peaks at the weekend when company staff levels might be lower. Saturday is generally the most popular day for fraud, while the single ‘fraudiest’ day of 2019 was Sunday, August 11.

Further linking the growth of fraud to the rise of the mobile platform, the majority of individual countries most affected align closely with areas of big distances and relatively poor internet infrastructures. The U.S. does not feature in the top ten, and Belgium and Switzerland at 7 and 8 are the only two European countries to do so. Most of the countries are in Africa and Latin America, with Iraq from the Middle East.

Noticeably, two of these countries are Columbia and Mexico, which featured in a recent analysis of the Latin American cybercrime scene. In that analysis, economic and social issues were blamed for the rise in crime levels, but Sift adds the poor infrastructures and increased use of mobile devices as reasons for a focus on mobile fraud. “Latin America is a hotbed for mobile fraud,” Lee told SecurityWeek, “and has been for several years. A major reason is because the infrastructure within many Latin American countries isn’t as sophisticated as North America or Europe. This makes it difficult to identify who is making a purchase from an online business. As a result, chargebacks and disputes are high as well as transaction rejection rates.

Sift’s conclusion is that the analysis reveals a troubling trend: “cybercriminals are exploiting newly emerging technologies and changing behaviors to subvert effective fraud prevention and throw fraud professionals off their scent.” Defenders need to be aware of these trends in order to protect their assets and brands. Businesses need good fraud detection systems to prevent being burned at both ends: false positives leading to financial losses, and false negatives leading to the rejection of perfectly legitimate transactions.

Founded in 2011 by Brandon Ballinger, Jason Tan (CEO), San Francisco, Calif-based Sift raised $53 million in a Series D funding round, bringing the total raised to date by the company to $107 million.