During the pandemic, data sharing has proven to be a challenge. Here's how Healthfirst's HIE helped NYC hospitals 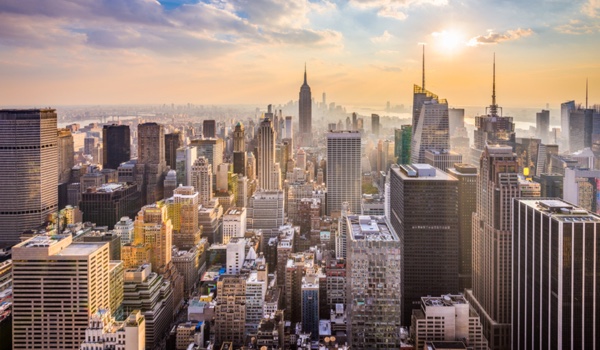 In New York City, which was hard-hit by the pandemic in April and May, a data-sharing platform proved to be a valuable tool for health systems.

During the height of the COVID-19 pandemic, as normal hospital workflows were disrupted, providers often struggled to get the critical patient information they needed.

This was particularly true in New York City, which was hard-hit by the pandemic in April and May, where a data-sharing platform proved to be a valuable tool for health systems including NYU Langone Health, Mount Sinai and Northwell Health.

New data from a recent market study shows that, while pharmacists overwhelmingly agree that recently released vancomycin dosing guidelines are important to patient safety, a minority have plans in place to adopt them. InsightRX surveyed 126 hospital pharmacy leaders to gauge their awareness of the guidelines, thoughts about the value of adopting them, and plans to implement.

Hospitals have leveraged that HIE to better identify care gaps and improve care for patients while in the midst of an unprecedented outbreak, according to Jay Schechtman, M.D., Healthfirst’s chief clinical officer. For instance, physicians often don’t have basic information such as whether patients filled their prescriptions. But that can be key to keeping patients out of the hospital.

“During COVID, if patients don’t fill their medicine they can then have an exacerbation of their condition, such as cardiac disease, which would send them to the hospital,” he said.

Hospitals are able to get that pharmacy fill data and medication adherence information through Healthfirst’s HIE.

“It was great comfort to know that the exchange of information was uninterrupted. Healthfirst was fully supportive and aware of the status and follow-up of our 160,000 members,” Marks said.

Through the HIE, Healthfirst sends 35,000 patient care summaries, including claims and care gap data, each month to hospitals in its provider network and federally qualified health centers.

Like most providers in its network, Healthfirst works with MediSys Health Network through a value-based arrangement. That financial model and the collaboration with Healthfirst proved to be valuable from a financial perspective as well.

“Since more then 50% of our organization’s revenue come from our value based arrangement with Healthfirst, we benefited from a cash flow perspective,” Marks said.

“Without this HIE, we would have been completely blind as to what happened with our members,” Schechtman said, noting that the HIE data enables the health plan to follow-up with members to ensure they stay healthy after being discharged from the hospital.

As disadvantaged populations have been disproportionately impacted by the COVID-19 pandemic, having data on Medicaid members enabled Healthfirst to have a real-time view on how the pandemic was affecting that population.

“It allowed us to model out what was happening to our population and to look at certain ZIP codes, areas like Elmhurst and Corona, which are very ethically diverse neighborhoods that were very hard hit,” he said. “We used that data to then work with New York City to push out messaging around COVID-19 testing.”

Public health officials have acknowledged that the COVID-19 pandemic has exposed a lot of inefficiencies in the healthcare system—with one of the largest being data sharing and access.

Data access is critical both for patients who are navigating care for COVID-19 as well as for the army of contact tracers trying to track the spread of the virus, Centers for Medicare & Medicaid Services Administrator Seema Verma said during a virtual event in July.

For instance, the patients who were in quarantine on cruise ships during the early days of the pandemic would have been in a better position if they had access to their electronic health records and medical data, which would provide details on other medical conditions or medications they take, Verma said.

Schechtman also believes that the COVID-19 pandemic has proven the need for greater interoperability in healthcare.

“You can’t do anything unless you have the right information at the right time to the right people and it has to be actionable information. If we didn’t do the investment in this, we would be struggling right now,” he said.

Source: During the pandemic, data sharing has proven to be a challenge. Here’s how Healthfirst’s HIE helped NYC hospitals