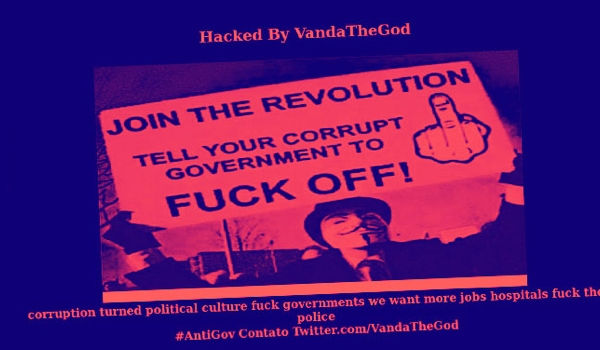 Researchers at cybersecurity company Check Point said on Thursday that they have found the real identity of VandaTheGod, a Brazilian hacker involved in both hacktivist operations and financially-motivated cybercrimes.

Check Point told SecurityWeek that it informed law enforcement about its findings in October 2019, but the hacker continued to be active up until May 2020.

VandaTheGod, who is also known online as Vanda de Assis and SH1N1NG4M3, appears to have been active since 2013 and claims to be associated with the Brazilian Cyber Army, which describes itself as an “ethical hacking group.” VandaTheGod also claimed to be a member of the hacking group UGNazi, whose members were arrested in 2012.

The hacker’s account on Zone-H, a popular website defacement archive, shows that VandaTheGod defaced more than 4,800 domains between July 2019 and February 2020, including ones belonging to government organizations and corporations across 40 countries.

While his defacements were apparently part of hacktivism campaigns fighting against government corruption, VandaTheGod also leaked and offered to sell stolen corporate and payment card information. At one point, he offered to sell the medical records of 1 million patients from New Zealand for $200. Check Point researchers investigated VandaTheGod’s online presence and noticed that the hacker’s website had been registered from Uberlândia, a city in Brazil.

One of the screenshots posted by the hacker on Twitter showed a browser tab open to a Facebook account for “Vanda De Assis (VandaTheGod).” A different screenshot included a tab with the initials M.R. and a search for individuals with these initials in Uberlândia led researchers to the Facebook profile of a man who endorsed the Brazilian Cyber Army.

Further analysis revealed that one picture of a man holding a bottle of whisky had been posted on both the Vanda de Assis Facebook profile and the profile of the individual with the initials M.R. Moreover, the furniture and setup in a picture posted on Facebook by M.R. while he was playing on his PlayStation was exactly the same as in a picture posted by VandaTheGod on Twitter.

Check Point has not made the alleged hacker’s name public, but reported its findings to law enforcement.

“VandaTheGod succeeded in carrying out many hacking attacks, but ultimately failed from the OPSEC perspective, as he left many trails that led to his true identity, especially at the start of his hacking career,” Check Point said in a blog post. “Ultimately, we were able to connect the VandaTheGod identity with high certainty to a specific Brazilian individual from the city of Uberlândia, and relay our findings to law enforcement to enable them to take further action.”