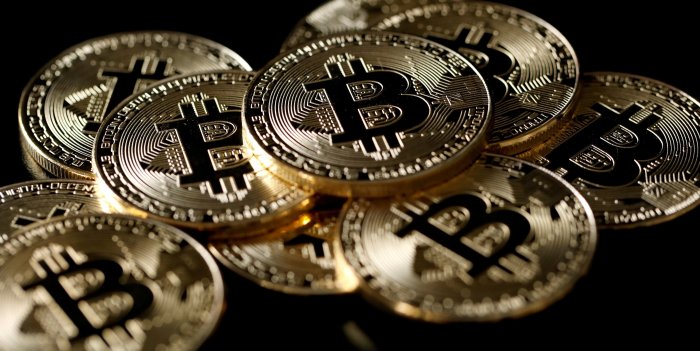 Cryptocurrency platform OKCoin is planning to launch a bitcoin exchange in South Korea as soon as next month, a move that comes as the country’s government is considering whether to shut down cryptocurrency exchanges altogether.
Beijing-based OKCoin, which previously ran one of the biggest bitcoin exchanges in China before the government there banned cryptocurrency exchanges on the mainland, now plans to branch out to South Korea, another Asian hot spot for crypto trading. It has launched an OKCoin Korea website and has accepted preorder registrations for more than 150,000 people since Friday. The exchange intends to make some 60 digital coins available for trading.

The intended launch comes even as the South Korean government has stepped up its efforts to crack down on speculative trading in cryptocurrencies. Many Koreans have embraced digital currencies, helping fuel their massive rise in value last year. At one point last month South Korea accounted for as much as a quarter of the global bitcoin trading, according to data firm Coinhills.

Authorities are concerned the investor frenzy has gone too far and fueled criminal activity tied to digital currencies. A top South Korean official said earlier this month that the government was preparing a bill to ban the trading of cryptocurrencies on exchanges. That came just days after the country’s financial regulator started inspecting some of South Korea’s largest financial institutions that help facilitate digital-currency trading.

Earlier this month, the country’s National Tax Service began investigations into South Korea’s leading cryptocurrency exchanges, Bithumb and Coinone. Separately, a Seoul-based exchange called Youbit filed for bankruptcy last month after it suffered a second cyberattack and lost a large amount of its digital-currency reserves. South Korean authorities launched an investigation into the hack, with preliminary results finding signs North Korea was behind it, the Journal reported.

Han Seung-joon, marketing and public-relations director for OKCoin Korea, said the company has been working since the middle of last year to launch an exchange in Seoul. He said while OKCoin hasn’t directly contacted the South Korean government about its plans, it has been in communication with the Korea Blockchain Association, an industry group involving more than 15 local exchanges.

“We are trying to abide by the law as much as possible,” Mr. Han said. “As a new player in this market, we thought that it would be too much of a risk to voice out our opinions” to the government. But, he added, “we are preparing for the worst-case scenario” with regard to the regulatory risk.

South Korea’s widening crackdown has played a role in the recent decline in the value of bitcoin, the world’s most well-known and widely traded cryptocurrency. Bitcoin recently traded around $11,800, according to research site CoinDesk. It started last year just under $1,000 and climbed to a peak of nearly $20,000 last month before the latest pullback.

Regulatory attempts to tighten control of cryptocurrency trading have prompted a fierce public backlash in South Korea. A petition on the official website of South Korea’s presidential office, which calls on Seoul to stop trying to regulate bitcoin and thus stamp out the “happy dreams” of Koreans, has already collected more than 220,000 signatures.

“We’re always making sure that we abide by the government’s policies. But things are uncertain at the moment,” said Kim Bo-gyu, the company’s director of sales and marketing, adding that the company hasn’t yet set a launch date for its exchange.

Both Glosfer and OKCoin said they have reached out to be registered under the Korea Blockchain Association, which has created guidelines designed to increase the transparency of cryptocurrency trading operations.

Write to Steven Russolillo at steven.russolillo@wsj.com and Eun-Young Jeong at eun-young.jeong@wsj.com