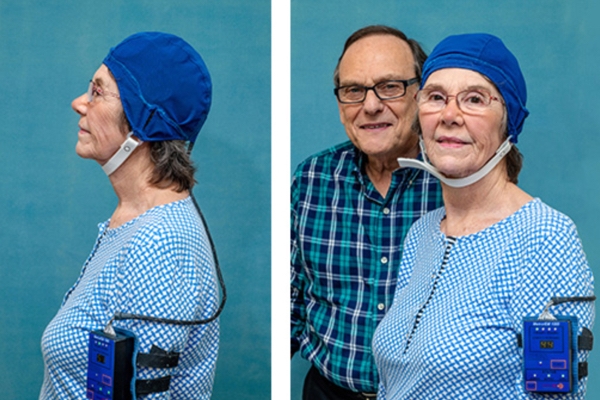 A new medical device is showing that it may be possible to improve and even reverse cognitive decline in those with Alzheimer’s disease, all without drugs and with little noticeable side effects.

The MemorEM system from NeuroEM Therapeutics, a company based in Phoenix, Arizona, delivers transcranial electromagnetic treatment, or TEMT, to the brains of patients in two one-hour sessions each day for two months. This involves propagating electromagnetic waves toward β-amyloid aggregates that seem to be responsible for the symptoms of Alzheimer’s. In animal studies, it was shown that TEMT does indeed prevent β-amyloid aggregates from forming and even disrupts existing conglomerations.

In a study on eight patients who went through the regimen described above, all but one showed either a pause or reversal in cognitive decline, a remarkable achievement for a non-drug therapy. There doesn’t seem to be substantial side effects, so larger studies will hopefully commence soon.