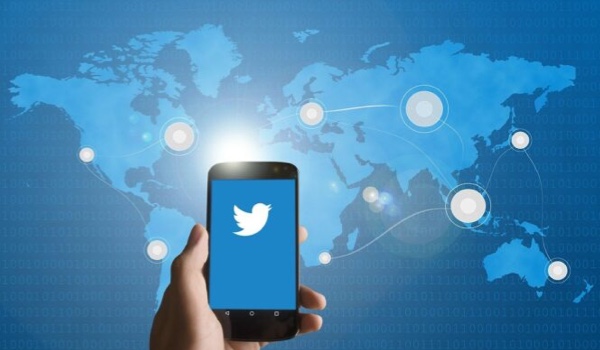 Hackers needed roughly 24 hours to take over high-profile Twitter accounts in the July attack, a report from the New York Department of Financial Services reveals.

The attack started on July 14 and was over the next day, when it became apparent that numerous high-profile accounts, including those of Bill Gates, Elon Musk, Barack Obama, and Jeff Bezos, were hijacked and leveraged to promote a cryptocurrency scam.

The hackers, which were identified shortly after the incident, leveraged internal Twitter systems to change email addresses and login credentials for targeted accounts and take control of them. A total of 130 accounts were targeted and the passwords for 45 of them were changed.

A couple of weeks after the incident, Twitter revealed that hackers targeted some employees with phone phishing until gaining access to the account support tools they needed.

In a report summarizing an investigation into the incident, the New York Department of Financial Services, which launched a probe on July 16, reveals that the attack lasted roughly 24 hours from when the phishing calls were placed until the targeted accounts were compromised.

“It was surprising how easily the Hackers were able to penetrate Twitter’s network and gain access to internal tools allowing them to take over any Twitter user’s account. The extraordinary access the Hackers obtained with this simple technique underscores Twitter’s cybersecurity vulnerability and the potential for devastating consequences,” the report reads.

The attack was allegedly carried out by 17-year-old Graham Ivan Clark (aka Kirk#5270), of Tampa, Florida, who is said to be the mastermind behind the incident, 19-year-old Mason John Sheppard (aka Chaewon and “ever so anxious#001”) of the United Kingdom, and 22-year-old Nima Fazeli (aka Rolex, Rolex#0373, and Nim F) of Orlando, Florida.

In the afternoon of July 14, pretending to be calling from the IT department at Twitter in response to some issues with the VPN (not uncommon, due to the massive switch to remote working), the hackers called several of the social platform’s employees and directed them to enter credentials on a phishing page. The page would also generate a fake multi-factor authentication notification.

“The Department found no evidence the Twitter employees knowingly aided the Hackers. Rather, the Hackers used personal information about the employees to convince them that the Hackers were legitimate and could, therefore, be trusted. While some employees reported the calls to Twitter’s internal fraud monitoring team, at least one employee believed the Hackers’ lies,” the report reveals.

While the first victim did not have access to the targeted internal systems, the hackers used their credentials to navigate the network and identify employees that did. On July 15, they targeted such employees, including some of those who were responsible for dealing with sensitive global legal requests.

Soon after gaining the ability to take over Twitter accounts (including OG – “original gangster” accounts), the hackers started discussing the sale of OG usernames, and then began publicly demonstrating their access to Twitter’s internal systems: on July 15, just before 2:00 p.m., they hijacked multiple OG accounts and posted screenshots of a Twitter internal tool.

Next, the hackers switched to verified accounts, likely aiming to make their demands for cryptocurrency seem legitimate, the report points out. Within the next couple of hours, they hit the accounts of cryptocurrency trader @AngeloBTC, crypto-exchange Binance, and ten other cryptocurrency-related accounts, such as Coinbase, Gemini Trust Company, and Square, Inc.

Over the next couple of hours, the hackers started tweeting from verified accounts that had millions of followers, including those of Apple, Uber, Bill Gates, Elon Musk, Kanye West, Kim Kardashian West, Joseph R. Biden, Jr., Warren Buffet, and Floyd Mayweather Jr.

“The Hackers also used some of the compromised accounts to resend the same bitcoin scam tweets multiple times. Given the number of followers for each high-profile user account, the fraudulent tweets reached millions of potential victims across the globe. The Hackers stole approximately $118,000 worth of bitcoin through the Twitter Hack,” the report notes.

In their report, which provides a visual timeline of the events, the Department of Financial Services also points out that the non-public information of some users was compromised and that Twitter failed to publicly report real-time updates on the incident – although the company “severely limited or revoked its employees’ access to its internal systems” to contain the breach.

The report also underlines the incident’s impact on cryptocurrency-related entities and their customers, dissects the cybersecurity weaknesses that made the hack possible, and provides details on the best practices critical institutions should adopt to prevent or mitigate similar incidents.

“The Twitter Hack brought a social media giant to its knees. The David to this Goliath was a group of unsophisticated cyber crooks who exploited social media to create widespread disruption for hundreds of millions of users. The election weeks away puts a spotlight on the need to improve cybersecurity to prevent misuse of social media platforms,” the report concludes.