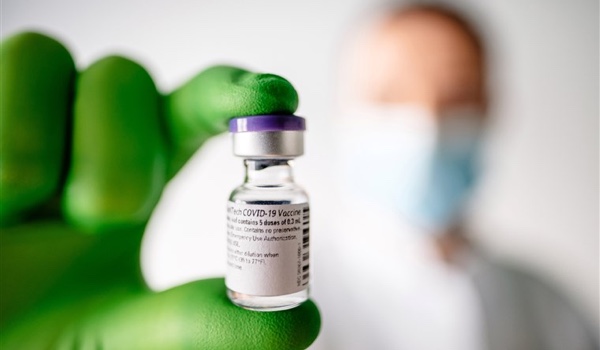 While these types of operations typically impact non-enterprise users, some people could open the malicious websites or emails associated with these schemes from work devices, which could pose a risk to enterprises as well.

Such fraudulent activity, the alert from the FBI, HHS-OIG, and CMS reads, could take the form of ads that claim to offer early access to vaccines in exchange for a deposit or fee, requests to pay for the vaccine or enter personal information on a so-called waiting list, or offers to undergo medical testing to obtain the vaccine.

Some fraudsters might claim to be able to ship the vaccine domestically or internationally, or might advertise vaccines via social media, email, phone, or other channels, the alert reads.

Furthermore, individuals are advised to be wary of unsolicited emails or phone calls claiming to be from medical or insurance companies, or vaccine centers, which request personal and/or medical information, as well as of unverifiable claims that certain vaccines are FDA-approved.

Some scammers, the three agencies note, might contact unsuspecting victims via phone to tell them that government or government officials require the population to receive a COVID-19 vaccine.

On Friday, the U.S. Department of Justice announced the seizure of two websites claiming to belong to companies developing COVID-19 treatments, but which were instead meant to collect the personal information of their visitors.

The two websites, “mordernatx.com” and “regeneronmedicals.com,” were copies of the legitimate domains of two biotechnology companies headquartered in Cambridge, Massachusetts, and Westchester County, New York, respectively.

The domains were registered earlier this month. No personal information for the registrar was listed for mordernatx.com, while regeneronmedicals.com was registered to a resident of Onitsha Anambra, Nigeria.

Names and other personal information obtained through these websites could have been used to commit additional crimes.

“Malicious domain registrations are a growing problem and something that both companies and consumers must be wary of,” Skurio CEO Jeremy Hendy told SecurityWeek. “This story in particular highlights why the awareness of fake domains, which, utilises user oversights to trick people into believing they are visiting a genuine site, is an increasingly important issue. These compromised domains can be used by bad actors for social engineering attacks that defraud individuals and steal personal data.”