Uber and Lyft are playing larger roles for Medicaid 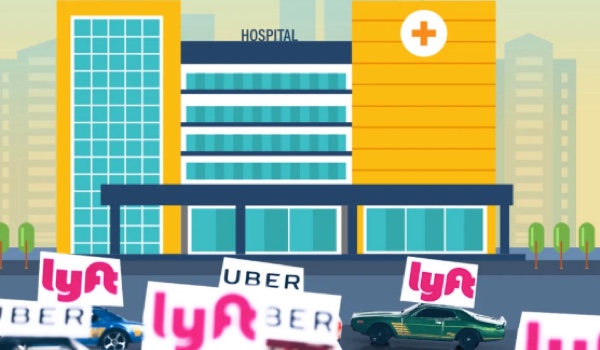 Arizona Medicaid Director Jami Snyder heard many complaints about enrollees missing medical appointments because the transportation provided by the state didn’t show or came too late.

So this summer she hatched a solution familiar to millions of Americans looking for an efficient ride: She turned to Uber and Lyft.

Arizona became the first state to revamp its Medicaid regulations to make it easier for ride-sharing companies to participate in its nonemergency transportation benefit. Under the changes, Arizona eliminated several safety rules, such as requiring all drivers to undergo drug testing and first aid training.

The strategy has added thousands of vehicles to the fleet serving Arizonans on Medicaid, nearly 24% of the state’s 7 million residents.

“It seemed like an obvious solution,” Snyder said. “So far, our anecdotal reports have been very positive.”

As they seek to lower costs and improve care, Medicaid and other insurers have begun to examine the transportation needs of patients — along with other so-called social determinants of health such as adequate food and housing. Whether states save money remains to be seen.

In 2017, more than 2 million Medicaid enrollees under age 65 ― about 4% of the program’s members — delayed care because they lacked transportation, according to a federal survey.

Lyft is working with about 35 state Medicaid programs or Medicaid managed care organizations, according to LogistiCare, one of the nation’s largest Medicaid transportation brokers. Uber works with Medicaid only in Arizona.

Lawmakers in Florida and Texas this year also relaxed state regulations to make it easier for Uber and Lyft to provide services for appropriate Medicaid patients. That service is expected to begin early next year.

Uber and Lyft can’t handle all Medicaid transportation demands because they generally don’t have enough drivers with cars fit to ferry people with serious disabilities, such as those who use a wheelchair. But Arizona’s Snyder said many Medicaid enrollees are healthy enough to use a typical ride-sharing service.

Van Means, executive director of a company that Arizona pays to arrange transportation for Medicaid enrollees, said the expanded options help even some patients who can’t use them.

“It gives us way more supply, it’s faster and frees up space [in specialized transportation] for people who need more substantial help such as those in wheelchairs,” he said.

In most traditional Medicaid transportation programs, patients need to reserve rides days ahead and then often must share a van. In contrast, the ride-sharing companies need little advance notice and can easily take solo passengers.

To ease the use of Uber and Lyft, states generally waive safety requirements that are standard for more traditional transportation. Those include mandates that drivers undergo drug testing and learn first aid and CPR. State officials said such mandates are not necessary since Uber and Lyft serve ambulatory enrollees who likely are in better health than those needing specialized transportation.

The ride-sharing companies already work with hospitals and health systems across the country, but participating in Medicaid could bring them millions of more riders.

Unlike typical Uber or Lyft riders, Medicaid enrollees don’t order rides on their smartphones. Instead, these patients will continue to request transportation services by phone or computer through their health plan or a Medicaid transportation broker.

The Medical Transportation Brokerage of Arizona said about 15% of rides taken by Medicaid recipients this summer relied on Uber and Lyft.

So far, though, Means said the brokerage hasn’t found the service substantially cheaper in most areas of the state.

Arizona officials did not have an estimate of cost savings.

Officials at Atlanta-based LogistiCare said working with Lyft in dozens of cities has added vehicles and helped speed service.

But she cautioned that the companies are not the ideal option for enrollees who need extra time getting in and out of their house because drivers typically leave within five minutes of arriving.

Uber and Lyft are often cheaper than using taxis or other private transportation companies, but not always. She noted that when companies raise prices during peak-traffic hours, alternatives may be less expensive.

Carlson said her company decides whether ride-sharing services or more traditional transportation is most appropriate based on the health information provided about each Medicaid enrollee.

The Medicaid transportation benefit varies by state but typically includes rides by taxi services, wheelchair vans, private vehicles, and public transportation. Enrollees are eligible for the services if they do not have another means of transport.

Despite states’ growing interest in expanding transportation options, a University of Pennsylvania study, published last year in JAMA Internal Medicine, found providing ride-sharing services did not improve the no-show rate for primary care appointments among Medicaid patients in West Philadelphia. The no-show rate among patients offered free rides was 36.5%, compared with 36.7% for those who weren’t offered free rides.

Krisda Chaiyachati, co-author of the study and a University of Pennsylvania associate professor of medicine, said reliability of transportation is not the only factor determining whether Medicaid enrollees show for medical appointments. “People on Medicaid tend to live more chaotic lives, so they may be more OK with missing primary care appointments,” he said, referring to how low-income people often fear missing work, or have difficulties arranging childcare and other necessities.

“Their cars can be everywhere, and having a dispatcher draw upon that network is a no-brainer,” he said. “It may not solve the transportation needs for everybody, but it’s certainly an answer for many.”

“I think what we are seeing is the beginning of a domino effect,” she said. “Our overall driver availability and speed are the big advantages that will have an impact on Medicaid members’ satisfaction.”

Uber officials said in about dozen cities they are developing a fleet of drivers trained to work with patients who must travel with fold-up wheelchairs, walkers and scooters.

“From a cost standpoint, we can save states significant dollars,” said Dan Trigub, head of Uber Health.

Source: Uber and Lyft are playing larger roles for Medicaid