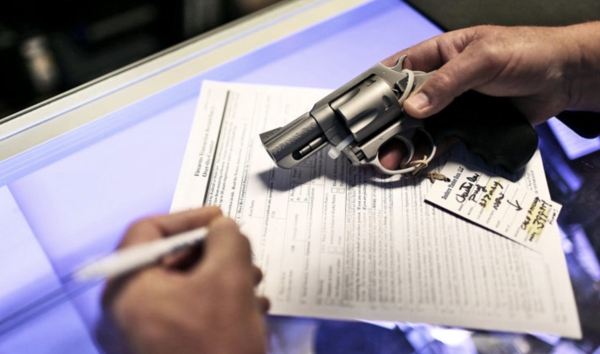 Controlling who has access to guns has much more impact on reducing gun-related homicides than controlling what guns people have, researchers report.

As the US reels from three back-to-back mass shootings—which occurred within the span of eight days in Gilroy, California, El Paso, Texas, and Dayton, Ohio—Michael Siegel, a researcher at the School of Public Health at Boston University, says that mirrored analyses of FBI and CDC homicide data serve to “double down” on evidence supporting laws that work to cut gun deaths.

“Using completely different data sets, we’ve confirmed the same thing,” Siegel says. “The main lesson that comes out of this research is that we know which laws work. Despite the fact that opponents of gun regulation are saying, ‘we don’t know what’s going on, it’s mental health issues, it’s these crazy people,’ which doesn’t lend itself to a solution—the truth is that we have a pretty good grasp at what’s going on. People who shouldn’t have access to guns are getting access.”

Siegel’s latest study in the Journal of Rural Health reinforces previous research findings that laws designed to regulate who has firearms are more effective in reducing shootings than laws designed to control what types of guns are permitted. The study looked at gun regulation state by state in comparison with Federal Bureau of Investigation (FBI) data about gun homicides, gathered from police departments around the country.

It’s a particularly compelling finding because in March 2019, Siegel and collaborators drew virtually the same conclusion by analyzing state laws in comparison with death certificate data the Centers for Disease Control and Prevention (CDC) collected nationally.

In that study in the Journal of General Internal Medicine, Siegel’s team analyzed 25 years of national data to examine the relationship between 10 different types of state laws and the number of deaths by homicide and suicide in all 50 states.

The National Institute of Justice and the Robert Wood Johnson Foundation Evidence for Action Program funded the studies.

State gun laws requiring universal background checks for all gun sales resulted in homicide rates 15% lower than states without such laws. Laws prohibiting the possession of firearms by people who have been convicted of a violent crime were associated with an 18% reduction in homicide rates.

In contrast, Siegel found that laws regulating the type of firearms people have access to—such as assault weapon bans and large capacity ammunition magazine bans—and “stand your ground” laws have no effect on the rate of firearm-related homicide. The researchers did not find that any of the state gun laws they studied were related to overall suicide rates.

Universal background checks, which have long been a top priority for gun control advocates and policymakers in the United States, appear to have the biggest impact. Though there has been a push for federal gun regulations in recent years, the power to legislate gun sales and gun ownership is largely beholden to the states. And according to Siegel, the data doesn’t lie. The average firearm homicide rate in states without background checks is 58% higher than the average in states with background-check laws in place. As of 2017, only 13 states, including Massachusetts, had laws requiring universal background checks.

Here, Siegel explains the findings of these two studies: