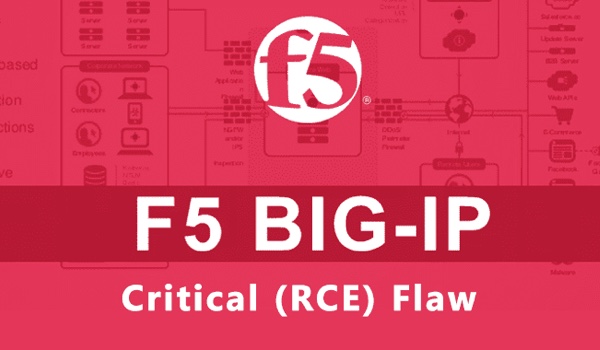 The vulnerabilities were identified by researchers at cybersecurity firm Positive Technologies, which disclosed its findings this week after the vendor released advisories and announced the availability of patches.

The product is used by many of the world’s largest companies and F5 claims that 48 of the Fortune 50 firms are its customers.

The critical vulnerability discovered by Positive Technologies, tracked as CVE-2020-5902 with a CVSS score of 10, allows arbitrary code execution and it can be exploited remotely.

The security firm says it has identified more than 8,000 vulnerable devices that are exposed directly to the internet, including 40% in the United States, 16% in China and 3% in Taiwan.

However, it noted that most companies using the impacted product do not allow access to the vulnerable configuration interface directly from the internet.

The vendor has confirmed that exploitation can result in “complete system compromise.”

RCE in this case results from security flaws in multiple components, such as one that allows directory traversal exploitation.”

Positive Technologies has also been credited for discovering a high-severity cross-site scripting (XSS) vulnerability in the same BIG-IP configuration utility.

“An attacker can exploit this vulnerability to run JavaScript in the context of the currently logged-in user.

In the case of an administrative user with access to the Advanced Shell (bash), successful exploitation of this vulnerability can be leveraged to completely compromise the BIG-IP system through Remote Code Execution,” F5 said in its advisory.